What is a hoverboard and how to ride one? 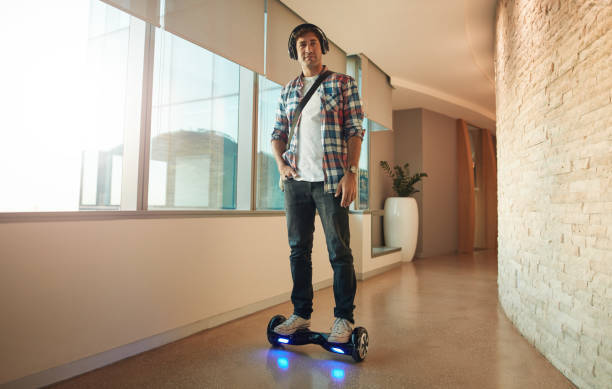 What is a hoverboard and how to ride one?

You must have seen a lot of fail videos on social media where people ride a two-wheeled, skateboard and fall hilariously of it. Well jokes apart, these skateboards aka hoverboards have made a massive impression on teenagers from around the world. Though it is fun to watch people drifting from one place to another effortlessly or falling off of it, the question remains; what is a hoverboard and how to ride one?

What is a hoverboard?

Where the idea came from?

To all the sci-fi fans out there! In the movie Back to the Future Part II, time traveler Marty McFly rides a peculiar skateboard with two wheels and no handle. This device captured the attention of many enthusiasts, designers and developers. Many got busy recreating the same device for the new world. Many of them failed but some of them did meet some success.

However, in 2014 a young Chinese-American inventor and entrepreneur Shane Chen invented a new device that is both similar and different from a skateboard. Unfortunately, Chen missed applying for the patent and the invention became a mass-produced luxury item. Within a year this amazing little gadget became famous as it was seen utilized by teen icons such as Justin Bieber, Christiano Ronaldo, Chris Brown and many more. This sci-fi-inspired device has become a style statement for teens everywhere.

How to ride a hoverboard?

Though it is fun to watch people go floating and it seems pretty easy to be one, in reality, it is quite challenging; especially if you are a beginner. Here’s a step-by-step guide which will make your hoverboard ride easier.

First things first, it is necessary to bundle up in safety gear such as a helmet, wrist guards, knee guards, and elbow pads.

The most challenging part of riding a hoverboard is getting on one without losing your balance. In order to do that you need to follow these instructions. The hoverboard should be kept on a flat and even surface and should be first turned on as it will not have a self-balancing function. Don’t try to put both feet on at the same time and position your feet as close to the wheels and as wide as it allows, to get a better balance. Once you are comfortable standing steady on the board you are ready to move.

It all comes down to your balancing and swift movements of ankles and toes. Once you are standing steady lean forward or backward – wherever you intend to go. Remember to keep your waist straight and let your ankles to all the work. Similarly, if you want to turn left or right, you will just have to put a slight weight on the left or right toes. If you want to spin in a circle, push the toes of left or right foot ahead while pushing down the opposite ankle.

Remember: Hoverboards have touch-sensitive pads, so avoid stomping on them. Slight pressure will be more than enough.

Things you ought to consider before buying a hoverboard:

Bound for a timeless journey, the hottest toy of this era is flying off the shelves at a crazy... read more 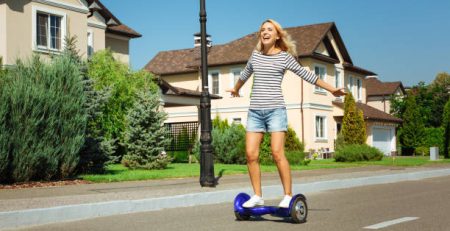 Now that you have purchased your hoverboard, you must be eager to learn some tricks. Here are 10 of... read more 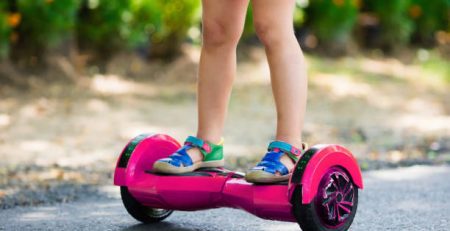 A hoverboard or a self-balancing scooter has become trendy fashion statement in India. This compact gadget is one of... read more

Charging Your Hoverboard – What You Need To Know

CHARGING YOUR HOVERBOARD – WHAT YOU NEED TO KNOW You have bought a brand new hoverboard and must be excited... read more

How To Ride A Hoverboard?

HOW TO RIDE A HOVERBOARD? Riding a hoverboard is definitely fun, if you learn how to balance and ride on... read more

Hoverboards Are The Next Cool Thing

Pushing boundaries- that’s what humans have always been doing. It is sensational how a particularly snazzy piece of gadget... read more